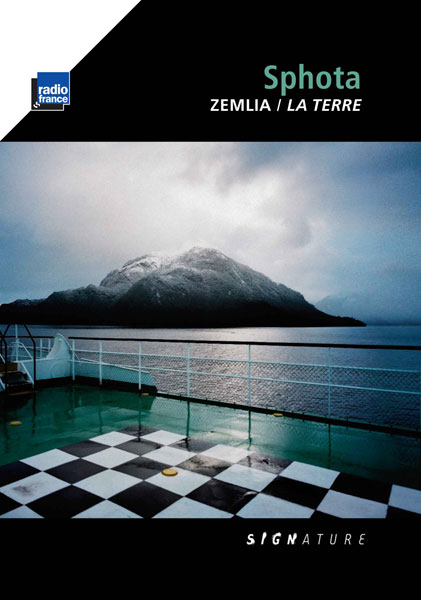 Sphota is a trio made up of three composers: Benjamin Dupé, Benjamin de la Fuente and Samuel Sighicelli. Their composition skilfully merges with sound processing.

« Zemlia, The Earth in Russian, is a “silent movie in concert” project, a music irrigated by improvisation and then carefully organized, recomposed and formalized. A score which, through this combination of violin, electric guitar and keyboards, given singular depth by intricate treatments and electronic effects, and then amplified, gives resonance to the images. » David Sanson