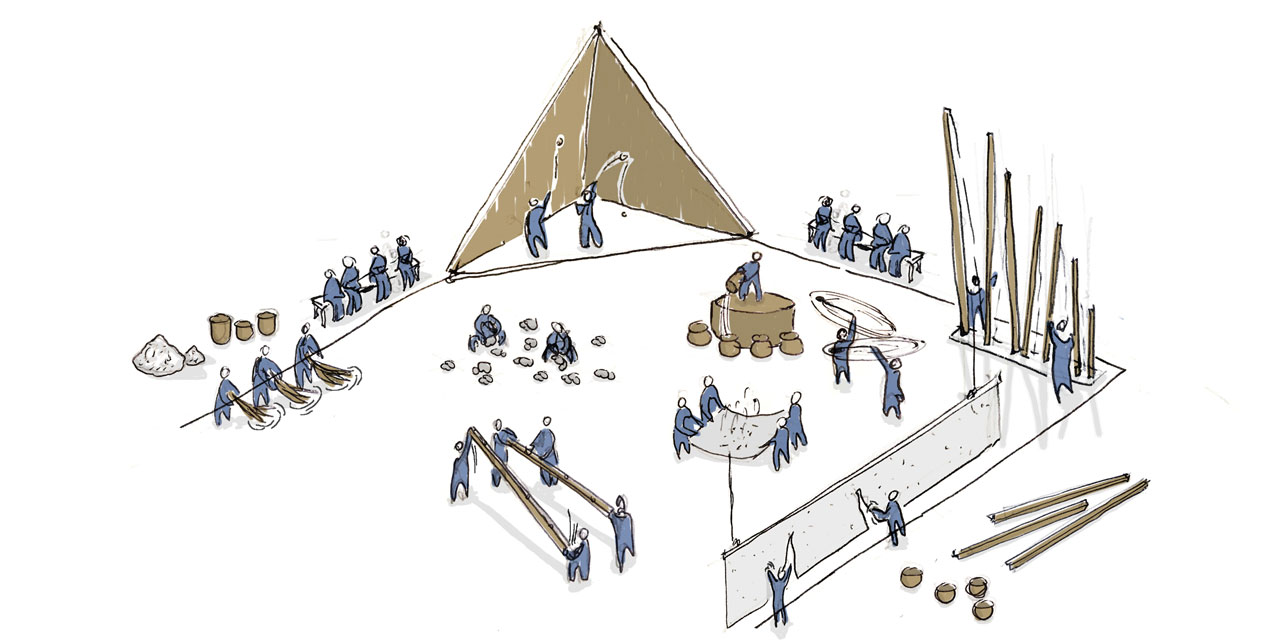 With twelve to fifteen children from the neighbourhood of the performance, rehearsing for the project in workshops

« Marelle / may bodies modulate! is a proposition in which the children become both the ballet dancers and the musicians of the project. They are as much the performers as they are the orchestra that interprets the score. This concept is based on a design in which each movement triggers the production of a sound, like a musical hopscotch (“marelle”). This design, which is at once scenic, instrumental and technological, also has acoustic, plastic and poetic implications. It is an orchestra of objects and materials, the manipulation of which implies a strong physical and gestural dimension. The space is thus envisaged as a “luthier’s workshop under construction”, transformed and inhabited by energetic and playful children who listen to the sounds they produce and to the sounds produced by others. The production takes the form of a danced concert. An abstract artistic gesture, free of narration, but full of interaction, fantasy and of the joy of play. A moment in which listening to music and listening to the sound of the body become one, in which instrumental technique and choreographic intention become inseparable. Marelle / may bodies modulate! is redesigned each time. The project was conceived as being of an open format, meaning it can be divided into its component parts and adapted to the spaces in which it is performed. It thus aims to capitalise on the strengths offered by each environment. »

drawing of the pre-design © Olivier Thomas